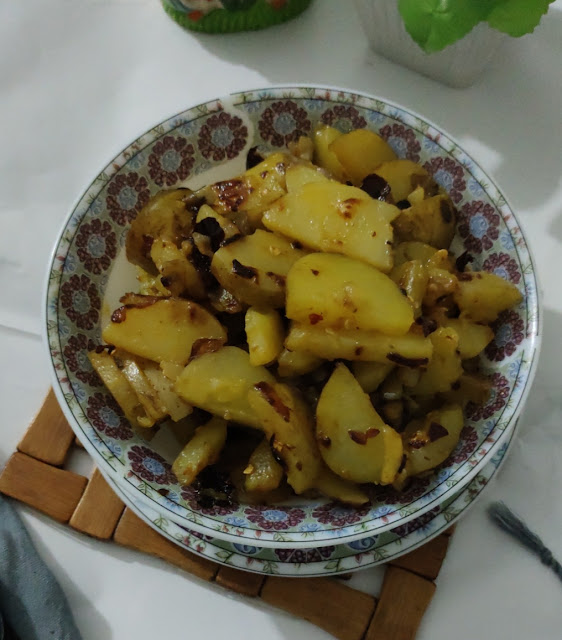 Bihari Aloo Bhujia | Aloo ki Bhujia | How to Make Aloo Bhujia Recipe with step-by-step photos and video,
Bihari Aloo Bhujia is simple and quite an easy potato bhujia which is prepared with just 4 ingredients including potatoes, it goes well with paratha, loaf bread even with simple dal chawal and  steaming rice This bhujia is a traditional recipe of Bihari Household, usually is cooked in the winter with seasoning potatoes(Naya Aloo) 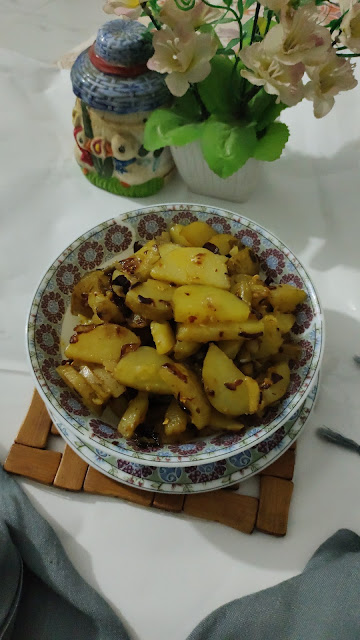 In this recipe medium slices of Potato is cut without removing skin and cooked with onion along with whole red chillies,

Bhujia is cooked with mustard oil in the Bihari household which brings a very light  delicious taste to bhujia, but if you don’t like mustard oil or not available surrounding your area then you can cook it in olive oil, So let's begin 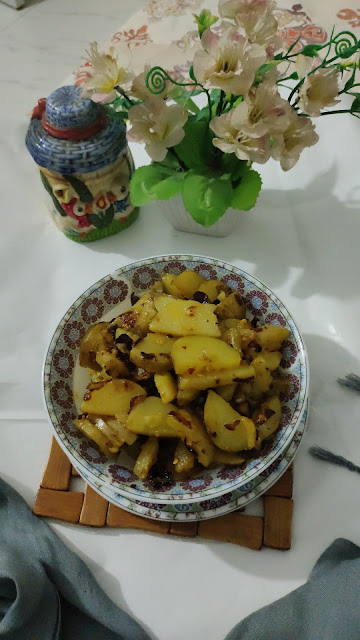 If you have tried this Bihari Aloo Bhujia Recipe don’t forget to rate the recipe. You can also follow me on social media to see what’s latest in my kitchen! 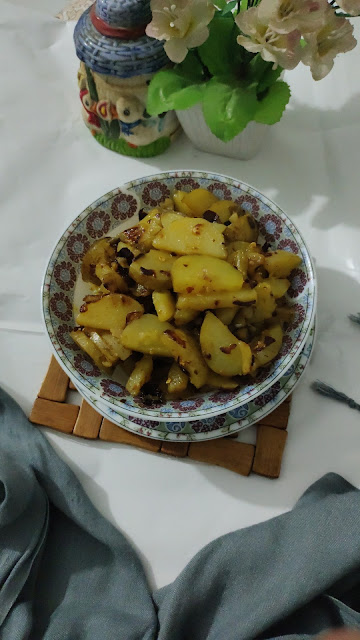 Rinse the potatoes thoroughly and cut into medium slices neither thick nor thin, remove the skin of the onion and cut into thin slices 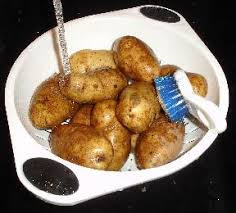 Pour mustard oil into a heavy bottom pan and let it heat very well until smoky oil then put 2-3 onion slices add to the oil and allow to burn in oil, take them out and discard the onion slices let it cool down completely keep aside
Note, before using mustard oil must be cooked on a high flame to remove its sharpness 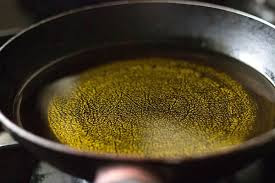 Heat the oil in the pot and fry onion slices with whole chillies until golden brown_Take them out and spread on the plate... 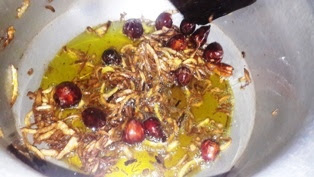 Put potatoes in the pot and stir well then add salt 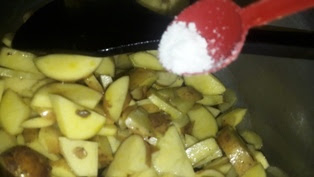 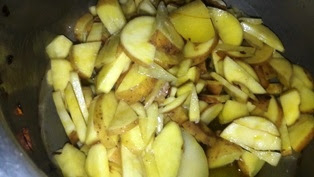 Remove the lid and stir well, potatoes are looking soft at this stage adjust the salt 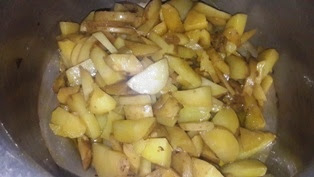 Put all crumbled onion mixture into the potato 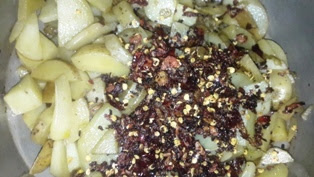 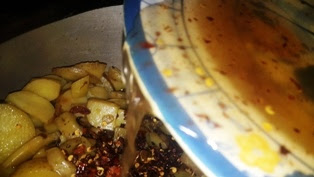 Mix well and simmer for around 5 minutes 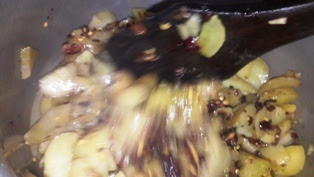 Remove from the flame, Bihari aloo bhujia is done.. 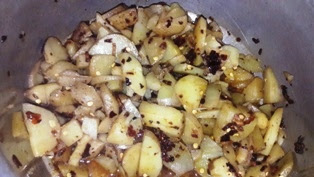 Transfer to the serving dish, serve with steamed rice or paratha and chapatis 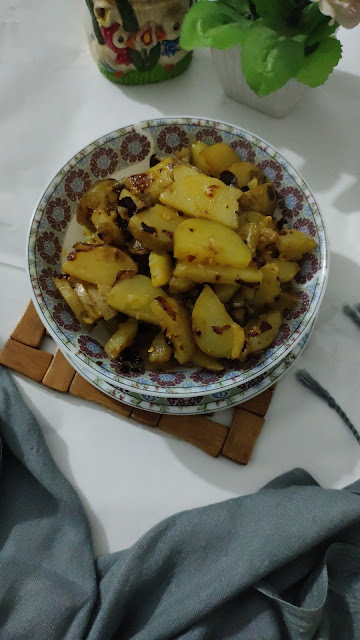 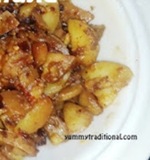 Bihari aloo bhujia  is simple and quite an easy potato bhujia which is prepared with just 4 ingredients including potatoes,


Ingredients:
How to Make Bihari Aloo Bhujia?
*Not be duplicated, rewritten or published without permission- Thank you!