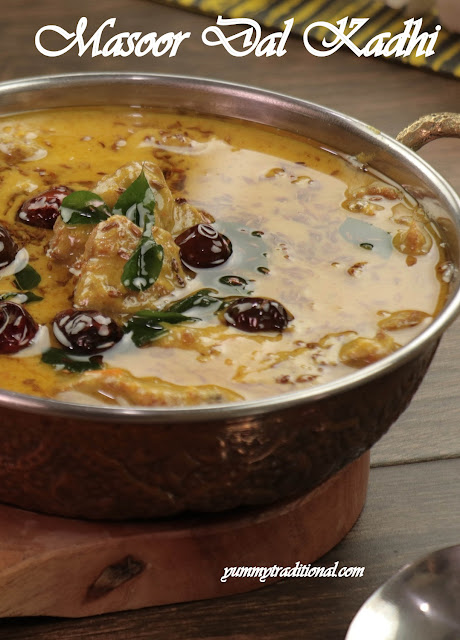 Masoor Dal Kadhi | Kadhi Pakora | How to Make Kadhi Recipe with step-by-step photos and video....
Kadhi Pakora is a popular Pakistani dish and quite different from curry, It is a dish originating from the Indian subcontinent. it contains a thick gravy based on usually chickpeas flour (gram) and contains pakoras, to which yogurt is added to give it a little sour taste, it is often eaten with boiled rice and roti, naan
It is seasoned with sauteed cumin, whole red chilies, and curry leaves after preparing kadhi pakora, Mainly kadhi dish is made from gram flour along with sour yogurt to make thicken the consistency and adding pakora/phulki and it is eaten either long grain basmati rice or more commonly with a roti unlike the rest of states Pakistan and India are prepared with different variations on this basic dish include the addition of certain vegetables and meatballs,
But as I told you in my last post I will make kadhi from the masoor dal masoor phulki recipe by adding masoor dal fritters which recipe already shared this is a bit different from the typically kadhi recipe, Try this one of the unique recipes Masoor Dal Kadhi Recipe. 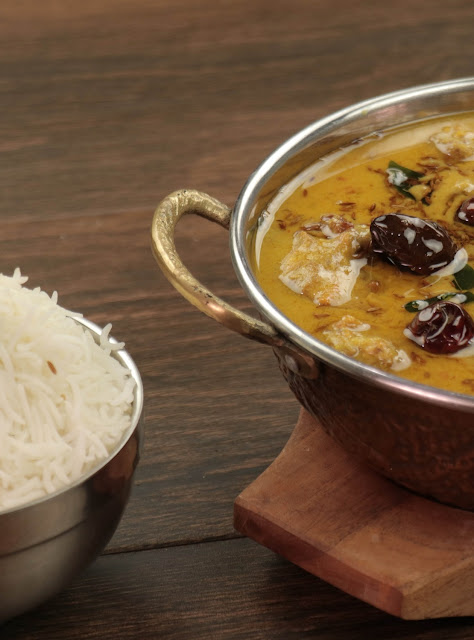 This Pakora Kadhi Recipe is Finger licking for Desi Food lovers. .so let the go-ahead to know how to make masoor dal kadhi 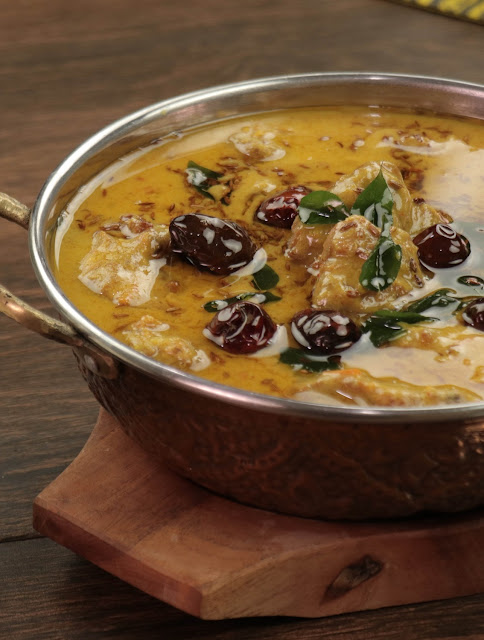 If you have tried this Masoor Dal Kadhi don’t forget to rate the recipe. You can also follow me on social media to see what’s latest in my kitchen! 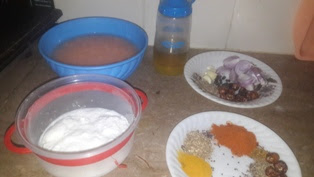 Take a mixing bowl add yogurt and masoor dal and mix them together, pour the yogurt mixture into the grinding jug 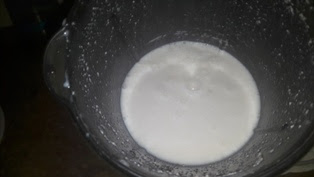 Put all dry spices powder into the yogurt mixture and further mix them well keep aside, Heat the oil and add whole spices to the oil

And let them crackle for a few seconds then pour the yogurt mixture, and stir to combine well

Bring the kadhi to a boil over high heat then reduce the flame to low-medium flame, cover it and cook it for at least 1-2 hours
Keep stirring occasionally 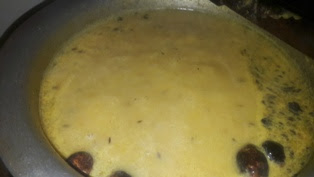 Right after checking the consistency of kadhi and adjusting the salt and then putting all masoor dal fritters into the cooked kadi
Mix and turn off the flame, In a frying pan pour oil and put all tempering whole spices and let them crackle for a minute put to the kadhi and cover the lid 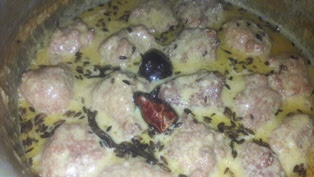 And then transfer to the serving bowl/dish 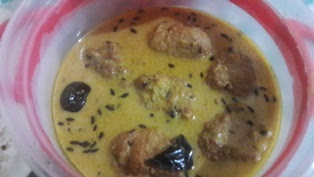 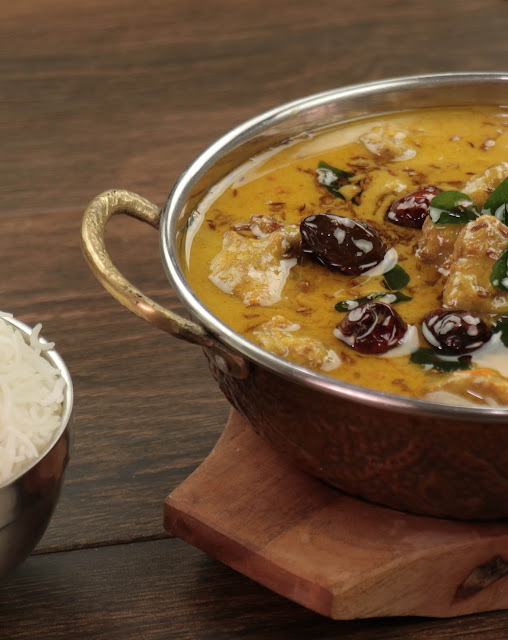 
Kadhi Pakora is a popular Pakistani dish and quite different from curry, It is a dish originating from the Indian subcontinent.

Ingredients:
For Tempering:
How to make Kadhi Pakora?
*Not be duplicated, rewritten, or published without permission- Thank you!